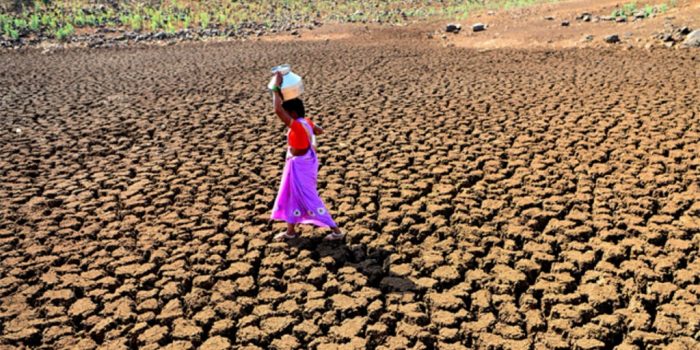 According to a recent report, nowhere in the world is safe from climate change, but countries in South Asia are especially exposed to its effects. If the world continues to use fossil fuels as intensively as it has done up to now, climate change could lower the Gross Domestic Product (GDP) of a group of South Asian countries by 9 %.

The effects of climate change on South Asia

This is the Asian Bank of Development (ADB) in a report titled Evaluation of the Costs of Climate Change and Adaptation in South Asia. The situation of Bangladesh, Bhutan, India, Maldives, Nepal, and Sri Lanka was analyzed. Thus, the Asian Development Bank predicts that by 2050, the economy of this group of countries will lose an average of 1.8 % of its GDP, losing 8.8 % in 2100.

Act to avoid it

The report clarifies that the impact and the actual final cost of climate change in the region will depend on how the international community acts. Thus, if all countries do their part to prevent global warming from exceeding 2°C in this century, the South Asian economy will only be reduced by 1.3% by 2050 and by 2.5% by 2100.

This would also reduce the cost of protecting oneself from the effects of climate change by half. In this sense, the report becomes a call to government in the face of the global climate agreement that must be reached in Paris at the end of 2015.

Countries are increasingly aware of the need to prepare for climate change. In fact, adaptation is one of the dimensions of international negotiations on climate change. Thus, under the umbrella of the United Nations Framework Convention on Climate Change (UNFCCC). Important steps have been taken to develop an adaptation system that milestones the least Developed Countries Work Program, Nairobi Work Program, and the Cancun Adaptation Framework.

The Maldives is one of the six countries studied in several reports. It is also a member of the group of Small Island Developing States (SIDS), countries especially vulnerable to the effects of climate change such as rising sea levels.

In this sense, between September 1 and 4 the III International Conference on Small Island Developing States in Apia, Samoa, strategies will be sought to face climate risks.

The UNFCCC recognizes good practices in climate adaptation through the initiative Momentum for Change. In Bangladesh, for example, there is a Climate Change Adaptation and Disaster Risk Reduction initiative, launched by ActionAid Bangladesh, and that women are the engine of change. These women advise communities on identifying climate risks and help them put adaptation and protection systems into practice.

The rise in temperatures associated with climate change threatens South Asia’s uninhabitable at the end of this century. According to a study by the Massachusetts Institute of Technology that warns of the risks faced by an area where a fifth of the population lives worldwide.

Based on computer simulations, the study predicts that deadly heatwaves will occur in parts of India, Pakistan, and Bangladesh in the coming decades, home to a total of 1.5 billion people.

Already today, 2% of India’s population suffers from extreme conditions of temperature and humidity and, by the year 2100, this data will have increased by 70% if measures are not taken to mitigate the effects of climate change, according to the researchers.

The heat waves that affected several South Asian countries in the summer of 2015 resulted in 3,500 deaths and the forecast is that these phenomena will become more frequent and intense over the years. Effects on the Indus or Ganges river basins reduced harvests and increased hunger are related factors threatening densely populated regions.

Projections place the Persian Gulf region as the hottest on the planet at the end of the century. In this case, richer and less densely populated countries will respond better to the drastic increase in temperatures than others in South Asia.

Climate change is not an abstract concept. It affects a huge number of vulnerable people. Researchers estimate that millions of people could be forced to emigrate if measures are not taken in time to reduce the emission of polluting gases into the atmosphere.